as moon beams danced across the night sky 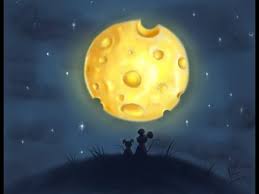 grab yourself a lite saddle!

when on a lark, this primate shut his eyes
until sight formed slits doubling up as a wink
this earthling stared hard and scrunched brow
unintentionally mimicking,

by an alien, synonymous
to the peculiar millions miles distant pastische
manifested entity than didst slink
a non hue man feline looking cat in the hat

than routine smoothing out an anatomical kink
on front and back oh head resembling
a Doctor Zeus characterization,
viz a harmless rat fink

hm...maybe a vestigial progenitor
of former birth by Gaia now extinct
though from afar, the b52 shaped being
aye espied as fur ball affixed

with a long elephant like snout to drink
and appeared to lack occipital orbs,
yet evinced possible mode to see via a chink
impossible to restrain me noggin
appearing to nod and blink,
--------------------------------
hence entranced my attention fixed
from faint (perhaps a feint)
flickr ring meant as playful faux
role playing lunatic humorous acting wry

of mine correctly interpreted
meant to kibitz and vie
despite impossibility to validate,
a continuous effort yours truly did try

fixing thy gaze, nee straining
with alm aye might to esse spy
if cheap trick concocted entire visage,
which might not constitute life form

(admitting this chap to prevaricate,
and be full of baloney),
himself prone to confabulate
(dropped one to many times on the head)
when this rocky lunar image,
a moon scape comprising nothing
boot ham and cheese on rye.