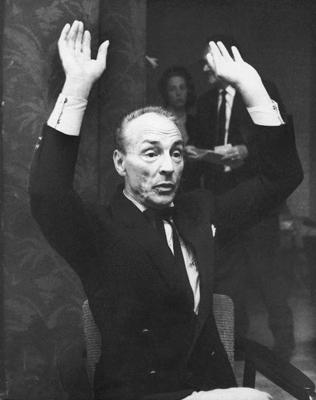 Balanchine, Russian as the Ballet Russe,
defected with friends yearning for Paris
where Stravinsky and his Firebird seduced
him to choreograph for the genius
Diaghilev. There he joined the restless
musicians, artists, composers who whirled
through the bars, and cafes of Montparnasse–
each one returning to a private world.

Fauré a gentleman who’d paid his dues
read Villon, taught Ravel, and sought justice
for the avant-garde’s dance with modern muse.
Influenced Stravinsky, Ravel, for less
fame and fortune perhaps, yet still he stressed
elegance and composed while he unfurled
a truce between new wave and staid ensconced–
each one returning to a private world.

With “Ballade” Balanchine would introduce
Fauré through his acclaimed Ballade Opus
Nineteen in a series of pas de deux.
Ballerina and Cavalier express
through their fleeting encounters love’s distress,
exquisitely wound in figures that twirled
en pointe, en dehors or through pirouettes–
each one returning to a private world.

Formal and modern merge and coalesce;
in a surreal attitude shapes swirled
New York and Paris in artistic dress–
each one returning to a private world.