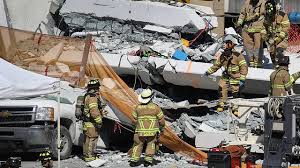 ...not exactly meant by getting stoned!

An unknown number
of fatalities surmised,
while several others
were hospitalized.

Prior to groundbreaking
with placement guised
of the attendant pomp
and circumstances exercised
setting cornerstone,
the projected
general estimation apprised

sans building costs totaled $14.2 million
and funded as part of a $19.4 million grant
from the US Department of Transportation.

The fact sheet boasted the sheer intensity
comparable to withstand strength of a
category 5 hurricane, and supposed to last
for more than 100 years.