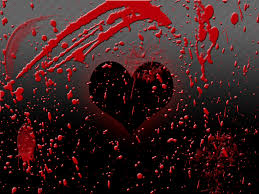 my bull loved red it blurb!

Fortunate (for me) thee bona fide "FAKE" Cupid
(aka Decoy Donald Duck
and side kickstarter Jay Rad,
colluded donning one alias,
which (former and latter)

amounted tube bing disguised incognito
as the cingular "Ivan Ha Bea Robber Baron),"
while same above placed
their System Of A Down on high alert
whereby, they unwittingly, fortunately,
and accidentally discerned disquieting "noise"

sans Putin on the ritz),
which decrypted garble (a fluke) as iterated above
strongly emanating via polygamous,
prestigious, and pseudonymous
pull no punches ploy

where Cupid given free rule of the roost
allowing, enabling and proffering
Cyrillic chattering Cherubim