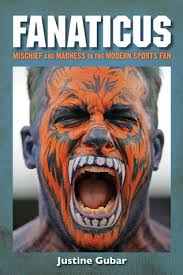 Case in point comprises emotional state of euphoria
would deafeningly, definitely, deliciously get
frenziedly expelled from stadium. Roe ting for
“our boys” packing every last seat in the bleachers
all manner of humankind would (during lulls)

rolled into one mean human fighting machine.
This previous comment meant as an honorable
kickstarter, hyperbolic endearment. My humblest apology
if said statement misinterpreted as a NON off fence sieve

spelling a loss for those spectators (who doled out
a wad of cash) quickly make collective disappointment
known by cursing, first in loin, odiously reprehensible,

unacceptable wimpy yikyaking atrocious carpetbombing
expletives. As a casual observer (albeit also participant
within the human league of billions within the culture
club sans crowded house), no shortage of opportunities

avail themselves to scrutinize the man knee ting man
contention upon this oblate spheroid (densely populated
globular planet), these myopic brown eyes of mine need
not pay per view to witness austerity, depravity, gravity,

et cetera manifold gamut of Primate (particularly Homo
Sapien) behavior. Raucous, querulous, perilous, obnoxious,
notorious...actions prompt me to intervene as referee.
I would fear for my life if one to many excessive acts
of kindness would require specialists to scrape my pan
caked body electric off the sidewalk. A similar outcome

would most likely transpire if this totally tubular troubadour
disgust religion. As a tried and true value adherent of atheism,
a vociferous, rapacious, nefarious, jackass, fractious Bible
thumping religious dogmatic character would expend every
last ounce of fire and brimstone to proselytize me. Thus