HANDMADE FROM (the genes of) BOYCE AND HARRIET HARRIS 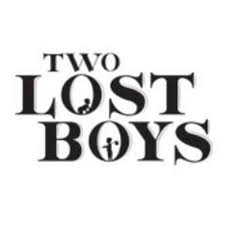 How apropos and divine to stumble (merely by happenstance) across a chance to claim my (virtual) fifteen minute fragments of fame just in the click and nick of time.

Although gainfully unemployed (do to a series of unfortunate events that now finds me receiving social security disability), I can still vividly visualize utter despair and vouchsafe to acquire the requisite trappings emblematic of psychic misfortune.

Indelible, permanent and unfading abysmal damaging domestic dynamics got etched deep upon the memory of this erstwhile individual! The general gist in the form of quick brush strokes (namely written) of psychologically traumatizing recollection now follows.

I can attest to malevolent mean-spirited objections by my father (and late mother) in regard to my grossly unacceptable attire, deportment and work ethic.

Nonetheless, a sense of righteous vindictiveness manifested itself thru attendant Pyrrhic victories.

Back in those days I (a grown adult male and considerably past the age of rebelling against authoritarianism, and their only not so prodigal heir hiss son) poorly wore mantle and staff of supposed maturity.

Lack of compliance and obeisance with regulations and rules of Harris household (mainly thru being in constant denial to conform, maintaining emotional detachment and estrangement and evincing little or no concern for family members) brewed, festered and lied dormant during prepubescence.

The pressure and tension between and betwixt genetic kinfolk (so palpable one could sense an indomitable barrier), would rank as successfully dysfunctional way before such nom de guerre became in vogue.

The venomous barrage and fusillade spewed forth from off parental tongues at an exponential rate and on a par to feeling the stinging cudgel of a horsewhip.

Out of fear and timidity, I consequently and silently absorbed cruel treatment.

Neither the eldest nor youngest sibling bore witness against the tender spirit of their only brother.

This embodiment poorly served to fend off onslaught of incessant anger.

This defense mechanism (identified as passive aggressive by mom) offered minuscule protection as I mentally dodged lobbed insults and affected defiance (in league like poisoned bards and daggers hurled) of said threats and ultimatums.

No matter these bitter pills of blaring character assassination (mine), denunciations, fulminations, incrimination's, intimidation's, vociferous vocalizations (by said parents), I stood my ground at played the deaf mute, which repression and internalization of emotional maelstrom only caused self contamination and manifestation of humiliation.

They (dad and mom) became further angered and inflamed per my total oblivious stance! This reaction added insult to injury.

Deliverance (minus dueling banjos) per tough love lessons amplified to the tune of additional feats at becoming excoriated, ranted and raved against this, that and the other of my habits and nonchalant indifference to pursue work.

Those involuntary, unrehearsed and vicious family chats happened to be replete with heavily exploding and uncorked anger.

That (of course) would be a considerable understatement!

Dad (the de facto, elected and nominal spokesperson for unpleasant chest thumping exclamations, (which conveniently took place no earlier than the stroke of midnight) - emphatically swore (adrip with dramatic livid rage - like rabid beast) all manner of racy vulgarity and demanded from this insolent appearing male offspring immediate compliance.

Defiance and fatigue offered him predictable and usual blank stare upon hearing the kind and lenient sentence to pack bags and GET OUT!

With dreaded approach of dire and sealed fate (played out in this over active imagination of mine with dad and mom egregiously fiendishly, grotesquely expunged themselves of any last vestige personal emotional belonging), I anxiously bided my time.

Those next couple weeks forced self-evaluation of Atheism.

The recurrent consideration of relinquishing nonestablishmentarian paradigm in favor and lieu with God, miracles and salvation seemed to clash being liberal thinker.

As indicated, the tempest and tirade quickly got turned back upon those who so masterfully tormented this second born, whose steadfast stoicism and subservience to a higher power perchance brought a temporary respite.

That deadline (which happened to be just one of many similar sputtering swearing fulminations, salacious ultimatums valuations of love) blithely came and went without incident - no matter expletive filled intense oath to remove) continued to keep pull to remain an occupant with kinfolk.

What caused especial ire and wrath to fester (per apparent ambivalence, indifference and nonchalance for me to take any job - even shoveling shit - particularly within emotional bedrock and firmament of deceased mother) constituted remembrance and vivid reminder of her father.

My maternal grandfather (Morris Kuritsky) supposedly never paid much heed to regular and steady employment (to support his four children and wife) despite his skill as a swift tailor. Hence my mother (Harriet) grew up and lived in utter destitution and poverty.

Mother subsequently reacted with ferocious vindictiveness upon witnessing a near magic transformation of near identical behavior in Matthew - the single heir to the family name.
---------------------------------------
...from this middle and sole son harris progeny
who willingly shared hoop - ping equal play zure
arose from wading thru verbiage of letters abc...
...xyz
in various combinations he
arranges/arranged foe his passion to be
somewhat liter aery.

postscript: a dream to wit ness
mine current high school senior
a name y'all never guess
to make the entrance grade for university of penn
after the truckload of application material
someone or many doze asses!