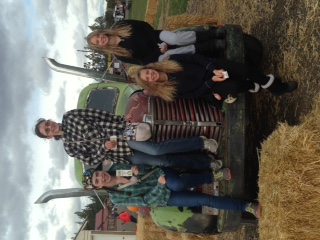 c'mon doen to the family.