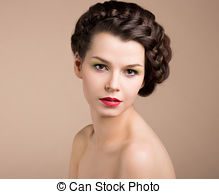 into the coffin of bias
against bevy of beautiful babes from this male
who inherited genetic predisposition
for being slender, hearty and hale,

yet feel compassion for those engaged
in an ongoing with battle of the bulge
or accepted unequivocally themselves
without envy of lithesome women,

to waggle tongue with slack jaws
as if ready to melt
or at instantaneous signal
drop drawers upon removing belt.