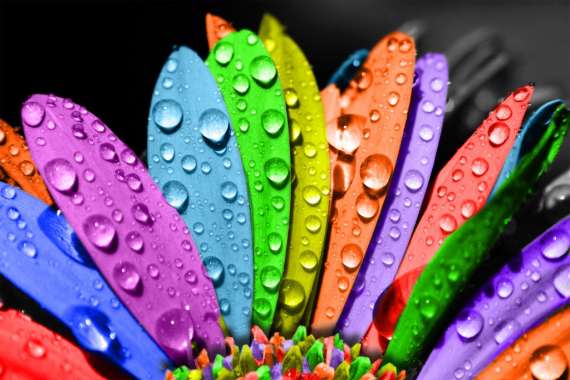 It is so much fun to sit down and describe what we see. Poems with Imagery from the poets at My Word Wizard do just that. Each verse does its best to paint a picture in words. They portray colors, surfaces and textures, temperature and anything else that can be perceived by the senses.

The use of "written visuals" is a much used poetic device that allows the reader to share more fully in the sensations of the writer. Instead of just showing us a photograph or an image, the author spends time exploring the subject of its fancy, taking it apart step by step, and then reconstructing it in a poem.

We urge you to give poems with imagery a try. Write some for yourself. You will be surprised at how much there is to speak about when you are charged with describing something in great detail.

The runners flew past in unison
Each lifting right leg then left
The race was on
Above us the sky wore a brilliant,
sparkling blue sheen.
There was no room for clouds on such a day.
The multitude encouraged the runners
from both sides of the road.
A salad of applause, hoots and hollers.
It was a wonderful day for a race
The most temperate of afternoons.
Energy exchanged between spectator and runner
adding electricity to an already charged atmosphere
Indeed, it was a wonderful day for a race

The Start Of Spring

It is the first day of spring
Not officially, of course.
The air has been transformed,
taking on delicious savor.
Nature, it seems, abides by
no earthly calendar.
A fragrant scent replaces
the lifeless, icy chill.
Like a rite of the new season
the air hints at baseball.
As if on cue, we run home
to retrieved our mitts,
awakening them from
a long winter's slumber.
The trees are in bloom
We can see the first buds
protruding from extended limbs
Life has returned to our little town
Smiles abound
All is as it should be

We walked for miles
Helen and I,
Until we came upon a river.
A lovely little watercourse
streaming through an even lovelier little village.
On one bank lay a row of small, semi-detached cottages
Each slanting to the right or to the left,
craggy and uneven.
Crooked, uncertain posture betraying their age.
The dwellings were dressed in the finely hewn stone
familiar to earlier structures.
Their weathered walls went unprotected
against the beating midday sun
On the opposite bank grew a thick assemblage of foliage,
giving off a soft, serene, cool shade as if to
taunt the overheated inhabitants across the river.
But it was really not like that at all.
The greenery stood watch over the old houses,
Comforting them in their twilight years,
providing beauty and respite.
Helen and I sat down by the riverside
and together we had lunch.

The night sky is different in the country
It seems that the celestial delights of the city sky
Like city dwellers themselves
Prefer not to come out at night
In the countryside
one looks up at the night sky
as if in a planetarium.
The view is crisp
Specks of sparkling dust set against a jet black backdrop.
Spectacular light shows on view
Shooting stars
The Little Dipper with the North Star close by
Pegasus, the constellation most prominent in fall
Sits before us in the heavens,
strikingly similar to its winged namesake.
Asteroids, comets and meteor showers.
They do not come out to greet us
In the city.
Well, not usually.
Perhaps they are bashful?
Nothing, it seems, is hidden from view
In the night sky of the country

Green and brown
under shades of blue.
Surrounded by every color and hue.
Little white pillows line a track
Where runners run
And can never go back
Wooden sticks of black and bone
Sometimes red, it is not unknown.
The outfielders trod on a sea of green
Such a stunning sight you've never seen.
And in the stands the fans wear blue,
to the home team’s colors
they are always true.
I speak of baseball
what else can I do
But the same goes for football
And soccer too
So many colors one sees at a game
No matter the sport
The views are the same


Share Your Poems With Imagery and
We'll Publish them Online


Are you a poet or aspiring poet? Our editors are always looking for new poems to add to our collection. Submit your Poems with Imagery to our editors by clicking the "submit a poem/contact us" link at the bottom of this page.

From Poems With Imagery to More Sweet Poems

From Poems With Imagery to More Kids Poems