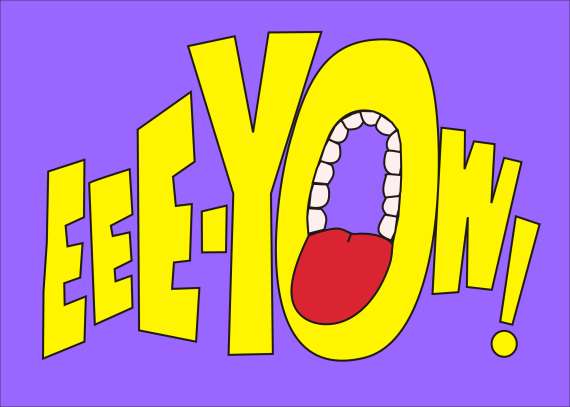 We all love to describe things when given the chance. Poems with Onomatopoeia are a terrific example of descriptive verse. This type of poetry uses words that sound like the actual sounds they are trying to describe. For example, you'll find lots of words such as ring, boom, jangle and bump. Kids are very fond of these adorable little poems that we all learned about in grade school.

Our team of My Word Wizard writers took a fresh look at this highly creative poetic device and has come up with a wonderful new collection.  So scream, clap or even beep to express your delight in what they've produced.

We hope you enjoy these new offerings, and encourage you to try your hand at writing a few yourselves.


When The Lights Go Out

The door went creak
In the still of the night
The floor went bump
Oh what a fright
All of a sudden, we heard a chime
The grandfather clock was keeping good time
We turned down a hallway and heard a loud crash
It seems that someone had dropped all the trash
So many sounds when the lights go out
It’s enough to make you scream and shout!

I went for a ride with my Uncle Jay
He slammed the door shut and we were on our way
Then he revved the gas pedal, which was on the floor
What a lovely day, could I ask for more?
I wanted a hot dog so he slammed on the brake
It belched out a screech, for goodness sake
We finished our hot dogs in record time
We were out of that place by half past nine
He misplaced his keys
We were in a mess
I must admit, he started to stress
He picked up his soda started to sip
Eager to resume our wonderful trip
From inside the cup he felt something shake
A closer look he surely did take
His keys had fallen into that refreshing soft drink
And we figured it out when we heard the clink

The teapot whistled at the lovely young pot
She came to a boil at this unfortunate shot
When the pan saw what happened, he began to sizzle
The pot was his cousin and it made him grizzle
The faucet joined in with a whoosh of its water
It seems that the pot was his only daughter
The teapot was humbled and expressed his regret
It was an unfortunate gaffe he’d rather forget

On my way home from school today
I stopped for sweets along the way
When I heard a thud that made me jump
It seems that a wrecking ball was in a dump
Bu this wasn’t a dump, I am not a fool
It was a construction site and it was so cool
I was startled by the rat-tat-tat of a loud jackhammer
It caused me to stumble and even to stammer
Then all of a sudden, I heard some loud taps
A hammer was banging
A new building perhaps?
One of the men had a brand new drill
It buzzed as it drilled; it was such a big thrill
Then I heard the beep beeping of a truck in reverse
What a great afternoon, I could sure have done worse!

Beep beep goes the taxi as the light turns green
He is in a hurry so he makes a huge scene
The police car let out a mighty wail
‘Honking your horn sir can land you in jail!’
Well that is not entirely true
But it can surely get you into a mighty big stew
A bus goes by with a mighty roar
With a sleeping passenger who started to snore
A traffic policeman whistled his whistle
The sound of that whistle made everyone bristle
It is true that the city is a busy, busy place
But said another way, It’s just a faster pace


Share Your Poems With Onomatopoeia and
We'll Publish Them Online


Are you a poet or aspiring poet. Our editors are always looking for new poems to add to our collection. Submit your Poems with Onomatopoeia to our editors by clicking the "contact us" link at the bottom of this page.

From Poems With Onomatopoeia to More Kids Poems

From Poems With Onomatopoeia to More Humorous Poems