Roundup Time At The "FAKE" Not Okay Corral 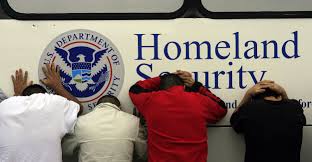 how dehumanizing! cry for the beloved!

I'll play the devil's advocate, yet
prepare a stance with pitchfork
against misinterpreted faux attempt
to describe, how whet
d'ya column re: immigration officials coe vet

with just a flick of the wrist
and alien hated, pigheaded,
and xenophobic ventriloquist
bring back the Alien and Sedition Acts

spooking (like a ghost), those pee pill
born south of the border pooped and pissed
in potties of this proud country, sans free and brave
now frightfully get flushed out