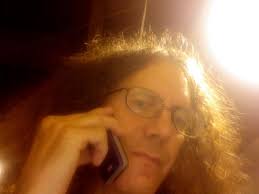 Matthew Scott Harris (Born in Cincinnati, Ohio, and he happened tubby the second offspring and only son of Boyce and the late Harriet Harris) made his unheralded debut on a brutally cold January thirteenth.

Once awareness blossomed within the Iris of each eye, Mother Nature with a proclivity to become most grounded when basking in the seasonal pastel of sounds and smells.

This predilection a rose and stemmed from self-propelled exposure to fauna and flora.

His father - employed as a mechanical engineer with general electric - heard the powerful lungs of this gangly newborn prior to being permitted to cradle said infant nada so terrible.

His ability to adjust from one than another grade school evinced early signs of difficulty.

Extreme shyness in tandem with a congenital speech defect (submucous cleft palate) seemed to alienate him from other classmates.

As an outside neutral observer, I watched with gut-wrenching agony, how he seemed socially detached and rarely invited to join in any reindeer games.

Lack of confidence and ultra reticence offered manna to bullies.

Matter of fact, this vulnerability, and susceptibility being the receiving end of verbal slings continued all thru public education.