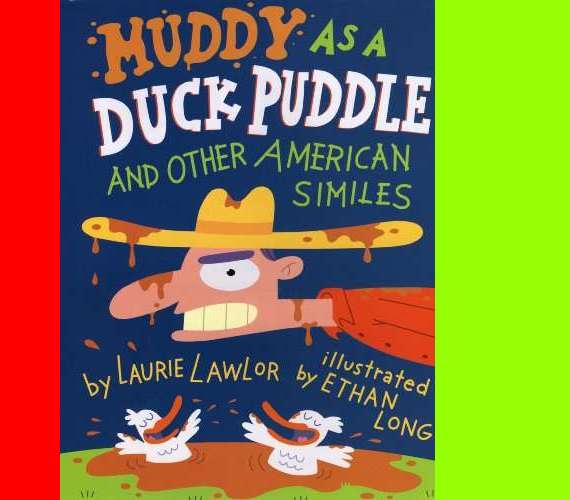 Many of us fondly remember our creative writing classes in grade school.  Simile Poems from the writers at My Word Wizard recall those wonderful days when expressing ourselves in imaginative ways was de rigueur.

Each verse in the collection contains figures of speech consisting of a comparison which uses the words “like” or “as”, such as “as white as snow” or “falling like drops of rain”.  So many great poets used simile as a means of expressing themselves. Writers such as Robert Burns, William Faulkner and Robert Frost among so many others all deployed the device.

Whether you’re still a student, looking to relive those days, or just a lover a great poetry, you will be inspired by this amazing assemblage.

Black as midnight,
Bad as the devil
With eyes like pieces of dark chocolate,
He thinks he’s king of the world,
My dog Berkley.
He’s very much like a pig
With his pudgy stomach and all.
Like a leech, he’s always attached
To his next meal.

Even though he’s as bad as the devil,
Berkley is my best fellow.

They are like flashlights in the night sky;
God’s little helpers guiding us on our journeys.
Stars are as bright as a lighthouse on an icy, ocean night;
they are like guardians committed to bringing you home.

Chirping non-stop, like a machine in the trees,
Building their nest like little worker bees.
They sing their songs, like chatter-boxes.
As regular as alarm clocks,
Waking people up each day.
They are silent at night,
Like snakes advancing on prey.

Eyes like a green-yellow crayon,
Almost as bright as a ripe orange.
My cat rules my heart and my actions.
I am as a puppet on strings
When he purrs against me
Like I am a warm blanket heating him in the cold.

She is as crazy as a rooster;
Still I love her like a sister.
Her hair is black and dark
Like the color of the midnight sky.
Her skin is as pale as flour
Placing her among the Twilight vampires.


Share Your Simile Poems and
We'll Publish it Online


Are you a poet or aspiring poet? Our editors are always looking for new poems to add to our collection. Submit your Comparison Poems to our editors by clicking the "submit a poem/contact us" link at the bottom of this page.