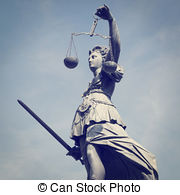 “Ding dong,” sounded the doorbell with ever more frequency as 2016 election
(for president of The United States) drew near.
Today (a life-size manic kin topped off
with a flip of flapping golden hirsute locks)
found me blurting out “It Came in the Mail”!

With the close approach of what promised to be
suspense-filled 2016 presidential election
(a sudden surge in merchandise that emulated
every nuance of presumptive Republican candidate)
found a backlog of orders for such look alike
baubles, bobbleheads, paraphernalia
and assorted tchotchkes.

surveillance to guard this synthetic
lifelike figure against those adept
atheists unable to distinguish the actual
swaggering billionaire in juxtaposition
with the mute and chiseled doppelganger.

Despite the outcome from the neck and neck
a seat of the pants tally between Hillary Clinton
and her braggadocio driven fervent haughty
jackanapes, loose-lipped nattering nabob
onslaught pushed and shoved (in a mono
polistic frenzy) to scoop up shelves full of trinkets.

Plenti of frenzied pandemonium divided the nation,
whereby even soothsayers and those purportedly
practitioners of witchcraft eagerly sought out,
(not only to silence the knuckleheaded nay

As I write these words, that unstoppable venomous
zealot (with an outsize ego rivaling the Taj Mahal)
hell-bent on defrauding the kith and kin of fore
fathers/mothers, whose blood, sweat and tears

raised a complex edifice lorded across the globe
as The American experiment, which serves as
a blueprint for other fledgling democracies
coalescing within the crucible of oppressive regimes.

NOW (cherished fundamental ideology) under threat
of demolition, extinction, and full throttle wreckage
by a nose-thumbing friggin goon, whose bullying
fraught with audacity, brutality, and catastrophe
for THE WORLD!

Ayes for Hillary Rodham Clinton must overtake
the nays against Donald Trump, lest the storied
legacy (tentatively flinty with palsy) espousing
freedom for life, liberty and the pursuit of happiness
will be swept away within the dustbin of history!