This lonely clock that hangs upon the wall 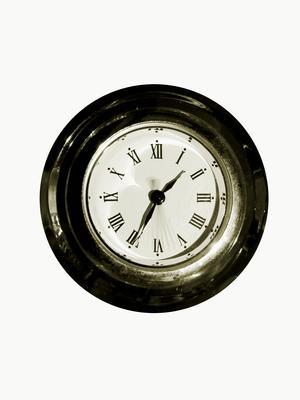 This lonely clock that hangs upon the wall

My thoughts have been invaded by each passing second that circles round and round like a spinning top performing its duties steadily as it passes hour after hour to create a brand new day.
Trapped in captivity within this lonely clock that hangs upon the wall I look forward to the multiple chimes that occur upon ever hour just to capture those brief seconds in which the movement of time comes to a rhythmical halt.

It is only then that I create the ringing sound from a phone and the knocking at the door in hopes that your voice would echo near and your presence will appear.

It is only then I wish that I could turn back the hands of time just to capture those unforgettable hours in which we shared together engaging in brief conversations learning little pieces of each other’s lives.

It is only then I remember those everlasting moments in which I enjoyed the closeness we shared as our bodies became implanted side by side and warm vibes penetrated sharply from your body full feeling my soul making me feel whole.

It is only then I enjoyed feeling safe and secure with your strong arms embraced very tightly around my body.

It is only then I enjoyed the warmth from your breath as you showered my neck with your warm passionate kisses.

Oh what a difference a day brings when you’re trapped in between and time expires just to create a fresh start to a brand new day that gives you the opportunity to enjoy the beginning to new tics and new tocks in hopes that eventually your heart will unit with mine in-between one of those chimes that are released from this lonely clock that hangs upon the wall repeating the same old sad song tic tock tic tock tic tock.

Join in and write your own page! It's easy to do. How? Simply click here to return to Missing You Poems.