Twenty Plus Years A Husband 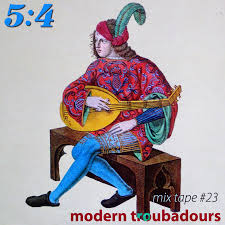 Oy Gevalt - Moi Ongepatchket Married Life -
or subtitled oh, how Bing a bachelor
Would float my boat, now rife
with barnacles + scores years of strife
albeit, though cocked coon
sitter ably less rancorous
altercations, than in early nuptial days with wife
- - - - - - - - - - - - -
Once future spouse (Abb Z)
found herself in family way
(with what would turn out to be
the first of our two daughters – i do say
determined n sealed decision per
our rolling in the figurative hay
to wed mother of thine deux female progeny
on an agreed upon green day.
- - - - - - - - - - - - -
Both of us happened to be older
grown offspring at ten times thrice
or three plus decades
to be generally precise our fate sealed no clay dice.
- - - - - - - - - - - - -
Said age difference approximately
a year and a half between us two,
and miserably living with parents,
which o’er the years rancor grew
I agreed to pledge my troth
on premise this writer (christened Matt H)
aka king o one Scott the lighter
found himself in the throes
of becoming potential mister mom
per dominant seminal striver a darwinian fighter.
- - - - - - - - - - - - -
Since neither of us took precautions
and thru caution to the wind
the inevitable (i.e.
a so called bun in the oven) nonetheless
tasting supposed verboten fruits
branded us as having sinned
took us by surprise
got us necessarily biologically pinned.
- - - - - - - - - - - - -
Even though a decision to tie the
Gordian knot (more like a noose)
per donning n trumpet ting role
of future father tightened and n’er got loose
an inner conflict jostled thine inner being
against forming a legal wedded union – the deuce.
- - - - - - - - - - - - -
Prior to taking legal vow
be husband and wife
until death doth us part before the justice of the peace
(which building matter of fact, happens to be
a hopper, skipper and jumper
this chap experienced posterior strife
worse fate than death, and
mo' painful than constipation
sans gluteus maximus constitutes on bony arse
as if being cut by a knife
matrimonial bliss seemed like a pipe dream
in subsequent years only
spiraled into a maelstrom of some chaotic life.
- - - - - - - - - - - - -
In truth, the prospect to marry
in general mills n afore mentioned gal in particular
hardly filled yours truly with giddy excitement
but decision troubadour wished heed defer n tarry.
- - - - - - - - - - - - -
Passive agreement to acquiesce
by saying necessary “I do”
per impregnating the woman named
above transpired until her belly grew
swollen with whip start star student
posse sub bully sound asleep
at university of Pennsylvania dorm – counting sheep
lined up in a queue
yet lately personal state of affairs, I chronically rue
n immerse myself reminiscing about yesteryear
and wonder why passivity
elected as way to escape
utter hellish aversion living with me dad n (late) mom
both in a boiling can a bull con nor stew.
- - - - - - - - - - - - -
Predilection to play Russian roulette
avoiding any safe sexual mode i.e. contraceptives
to avoid unplanned pregnancy
shrugged atlas off while spermatozoa
adhered to reproductive code
which absence to use birth control also arose
as a natural propensity to procreate
from natural urges that did goad.
- - - - - - - - - - - - -
Now, less joy de vivre doth prevail
to remain monogamous
and uphold strictures from this male
fidelity, integrity morality, et cetera
buts ahead without fail
from rampant testosterone urge
to become appeased, fulfilled, satiated
no matter this decades plus year bride
and groom blindly entered
the unalterable sacred covenant
whence sexual need now does ail.
- - - - - - - - - - - - -
After birth of daughter numero dos did arrive
the preponderance of physical gratification
took a kamikaze nose dive
seeks special care in lass for
long lasting marriage and love to strive.